Over the century, persecution and habitat loss have led to the demise of Wild Dog populations throughout Africa. This caused the species to become extinct in 25 of the 39 countries that they once roamed and in the case of South Africa, the only remaining population occurred in the Kruger National Park, making African Wild Dogs the most endangered carnivore in the country.

One of the newest members of this project is Maremani Nature Reserve. Maremani is a 40 000ha reserve that comprises of semi-arid tropic savannah and has plentiful game, making the reserve a great candidate for a African Wild Dog reintroduction site.

Maremani was not only identified as suitable space for Wild Dogs, it evidently had a management team that would oversee the wellbeing of an introduced pack – another reason why Maremani scored well in the Wild Dog Feasibility Assessment.

It then came time for Maremani to introduce a pack of their own. The consensus was to establish a pack of seven: four males and three females. The males came from a free roaming pack in the Phongola area and the females were sourced from Hluhluwe-iMfolozi Park. On arrival, the pack were bonded together and spent several months in the holding boma to ensure bonding success and adaption time in their new environment. Following this, the boma gates were opened and the newly formed pack could roam free.

The key targets of the Wild Dog Range Expansion Project are to (1) increase safe space for Wild Dogs (2) increase pack numbers (3) increase the population numbers and (4) increase the genetic diversity of Wild Dogs in South Africa. The addition of Maremani Nature Reserve has contributed to these targets and has thereby played its role in benefiting the conservation of Wild Dogs on a regional scale. By persistently meeting these targets, and having role-players like Maremani, we create a chance of saving the species from extinction. 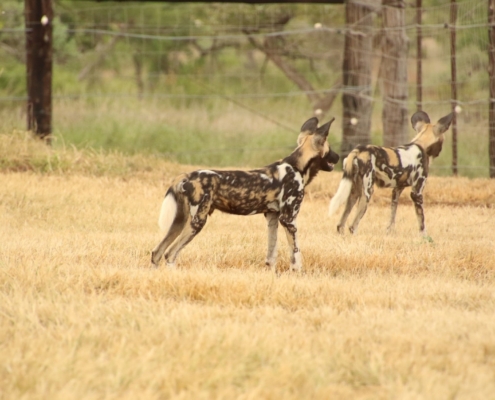 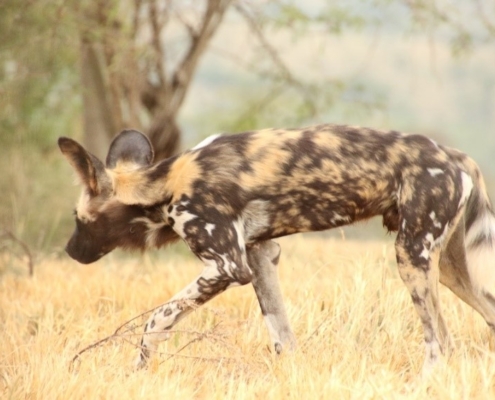